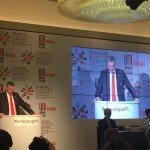 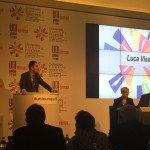 The fourth UNI Europa Regional Conference has opened in Rome with close to a thousand trade unionists uniting with a promise to Change Europe Together.

After an opening ceremony including starlit performances from the Ballet of Rome, delegates were immediately down to the business of charting a course for the European labour movement at a time of fierce opposition from governments throughout the continent.

“Changing Europe by Growing Unions” was the theme for the first of three days of lively debate but not before dancers presented an interpretation of “Il Mito di Europa” (The myth of Europe), the mythological story of love between Zeus and Princess Europa, with music by Vivaldi and Schiavoni.

“Our demand is for a Europe that pays careful attention to the subject of labour – a Europe that gets back on the road to improving collective rights and not excluding them,” Camusso said.

Mario Grasso from ICT UILTUCS and Manel Belbachir of FABI completed the speeches of the Italian affiliates. “Rights move forward on the legs of duty. You have to fight to obtain them, they don’t just come,” Belbachir said.

UNI Europa President Frank Bsirske, the head of Germany’s giant service sector union Ver.di, officially opened the conference and urged unionists to learn from each other and move forward on a path towards change.

“What we are losing is the social aspect in Europe. The whole balance in power between the classes has changed to the loss of workers and to the strength of corporations,” Bsirske said. “We cannot and we will not accept this.”